Concertos for two harpsichords and strings by Bach‚ with Rainer Oster.

Lecture on the freedom of the performer in the instrumental music of Vivaldi. 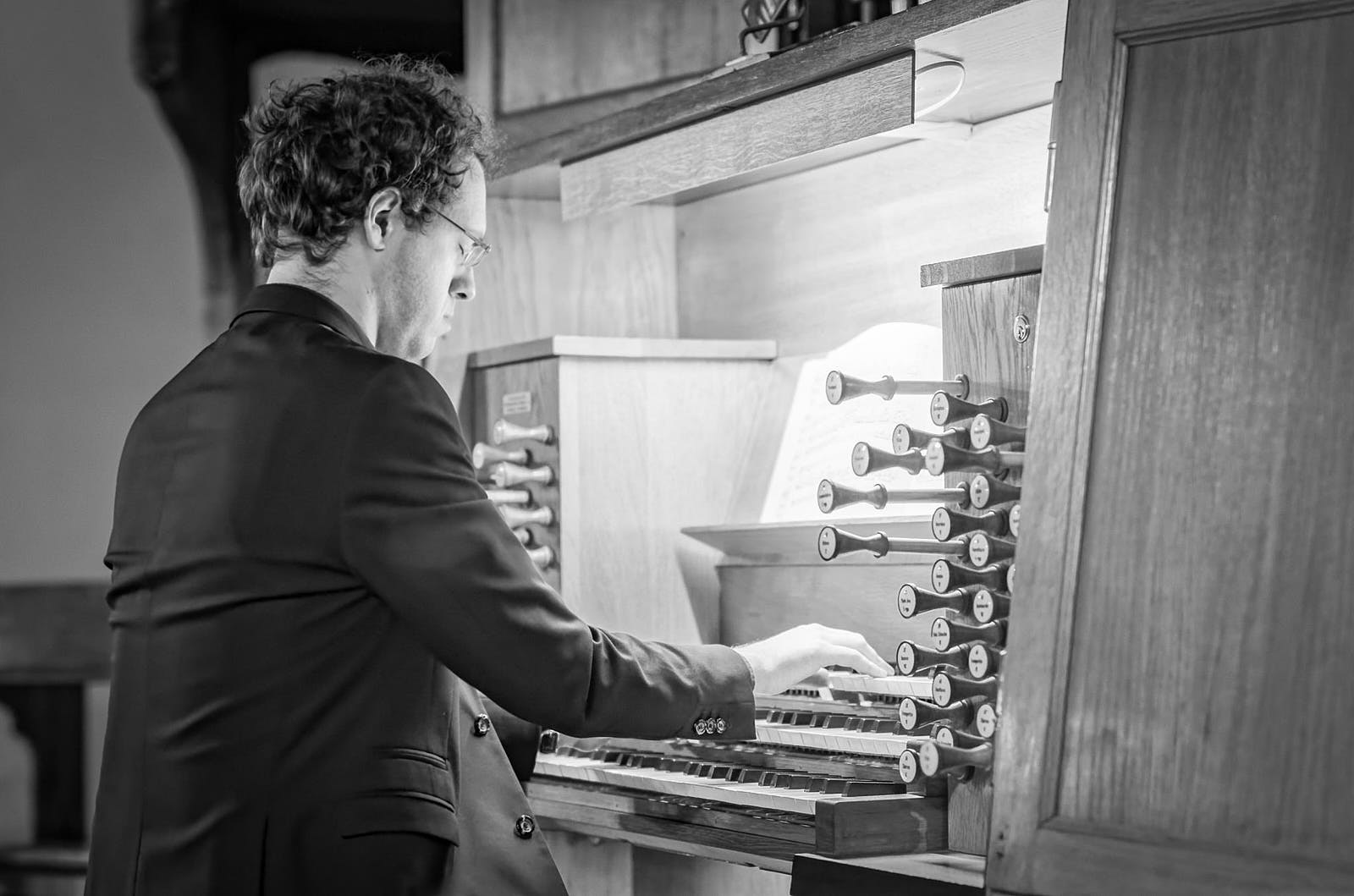 Beginning his musical career as harpsichordist with the European Union Baroque Orchestra at the age of 19, Vincent Bernhardt (born in 1987) has been invited to give recitals in many international festivals (Città di Treviso, Toulouse-les-Orgues, Orgel Festival Holland, the Leo Brouwer Festival in Cuba, Saint Andrews Organ Week…) and has performed in some fifteen European countries as well as in America.

As a soloist, Vincent’s recording of the first book of the Well-Tempered Clavier was released in the summer of 2020 by Calliope to unanimous international critical acclaim—and was nominated for the International Classical Music Awards and the Preis der deutschen Schallplattenkritik. Vincent also recorded a CD dedicated to Georg Böhm and the early works of J.S. Bach on the Rémy Mahler organ in Baïgorry. He is currently artist-in-residence at the Silbermann Festival in Saint-Quirin and organist associated with the Samedis musicaux de Luxeuil-les-Bains.

After founding and directing a cycle of Bach cantatas in Lyon, Vincent took over the direction of the Luxembourg Baroque ensemble La Chapelle Saint-Marc (founded in 1998) in 2022, with whom he explores Italian Baroque music in particular. Their upcoming album, set to be released in early 2023, will be devoted to the manuscript trio sonatas of Giuseppe Torelli, followed by a disc of German cantatas from the time of Buxtehude.

Vincent Bernhardt has also directed the Klaipeda Chamber Orchestra (Lithuania) with whom he has recorded two albums: the oboe concertos of Handel (Brilliant Classics, 2022) and Bach’s Brandenburg Concertos (Calliope, 2023). His recordings of Vivaldi concertos have received excellent reviews from the musical press (CHOC from Classica magazine and 5 diapasons). Vincent also performs with the Ensemble Gilles Binchois and the Freiburger Barockorchester (with whom he has recorded the Four Seasons).

As a chamber musician, he principally collaborates with the violinist Sue-Ying Koang. Their album “Dalla biblioteca di Vivaldi?” (Calliope, 2021) focuses on anonymous sonatas from the early 18th century. A second album devoted to Torelli’s manuscript sonatas for violin and basso continuo will be released in 2023.

As a researcher, his field of expertise concerns early 18th century instrumental music. He completed a doctoral dissertation on the performance of Vivaldi’s music, and his future publications include articles on a little-known manuscript copied by Johann Georg Pisendel (a student of Vivaldi), the rise of perfidia as a musical genre, and Vivaldi’s concertos transcribed by J. S. Bach. He has also discovered an unknown sonata by Vivaldi, the attribution of which is currently being studied by the editorial board of the composer’s thematic catalogue.

His plans for 2023 include a recording of the second book of the Well-Tempered Clavier and an opera tour under the direction of Sir Simon Rattle. 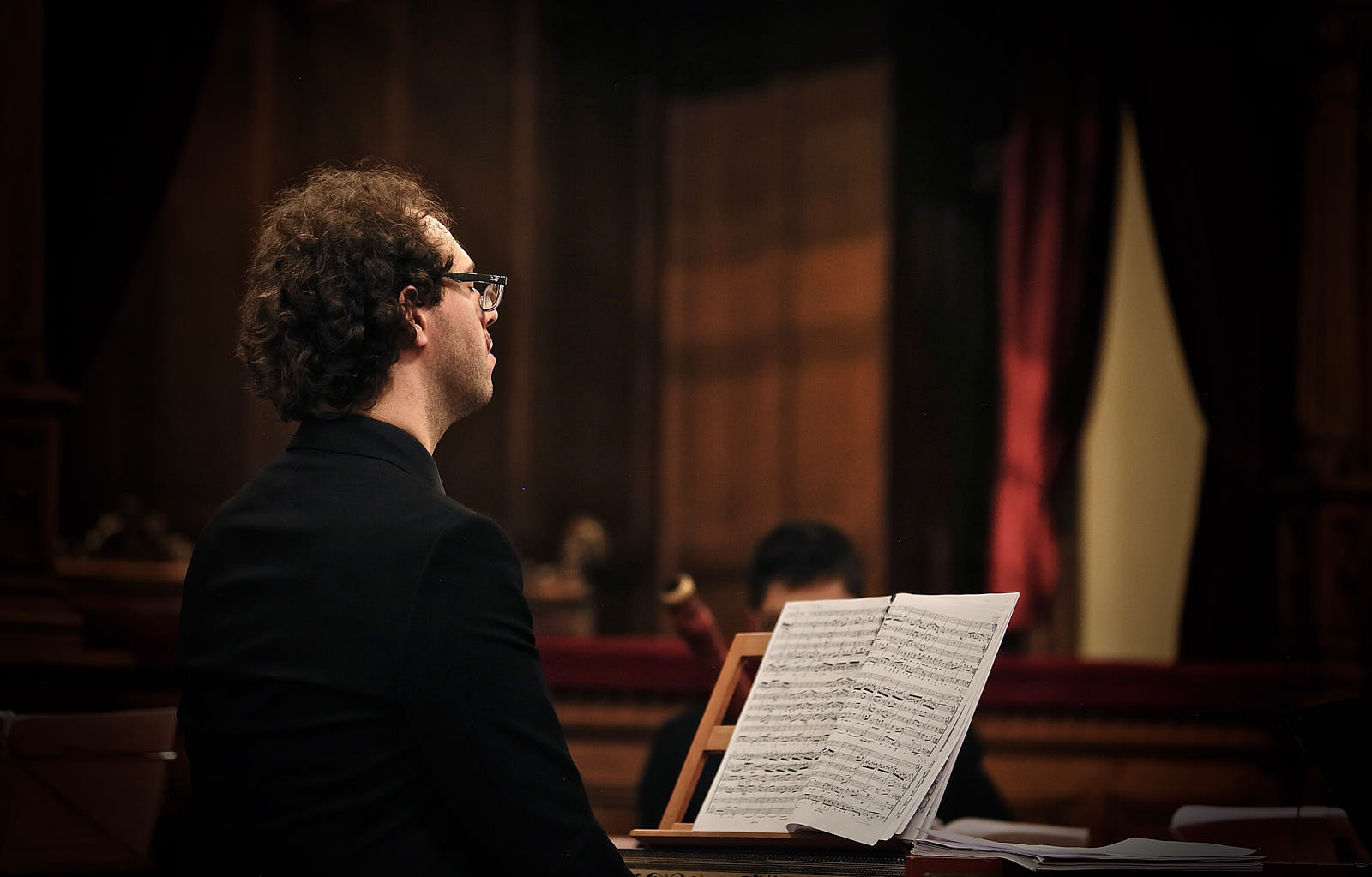 You will find below the contact form, to use without moderation. I will answer you as soon as possible.